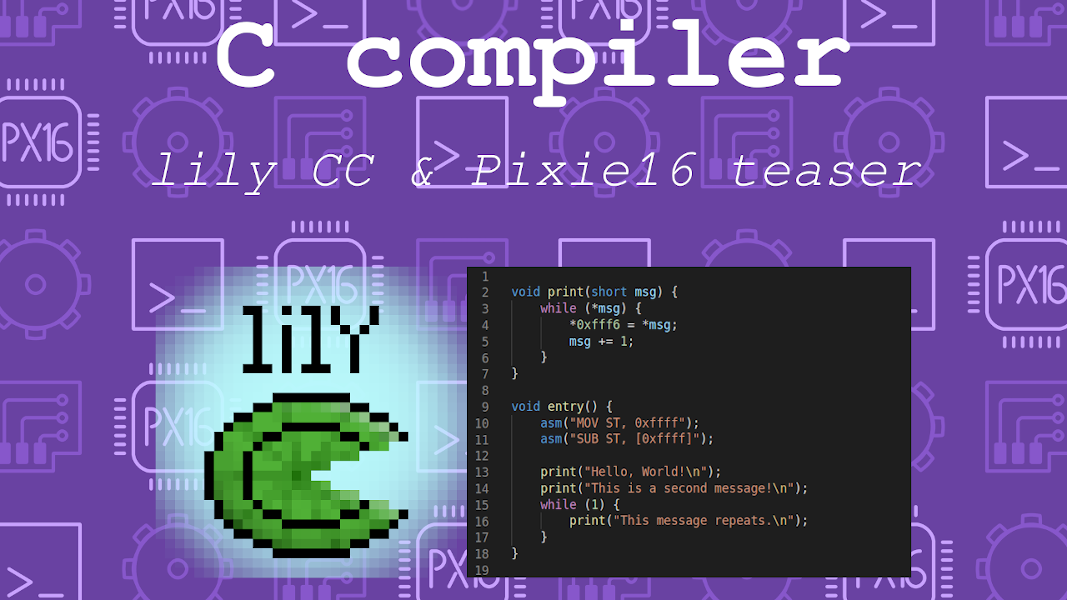 (Finally it's here in a demonstrable capacity!)

Today, I finished (my C compiler) just barely enough to complete a function call. There is a video demo of what it can compile so far, but to sum it up:

For the most part, that is all it can do. There are still many things (like for loops) that need to be made before C can be written.

Also shown in the video was a very small part of (PX16 for short), the current target for Lily. It is much more finished than is, and is being held back by Lily's development. Why is a CPU being held back by a C compiler you may ask? Simple: I want to run programs written mostly in C.

However, with today's success this changes. There are only a handful of things that need to work before software testing on PX16 can begin. After all, the compiler doesn't need to be 100% finished before compiling code with it is viable. 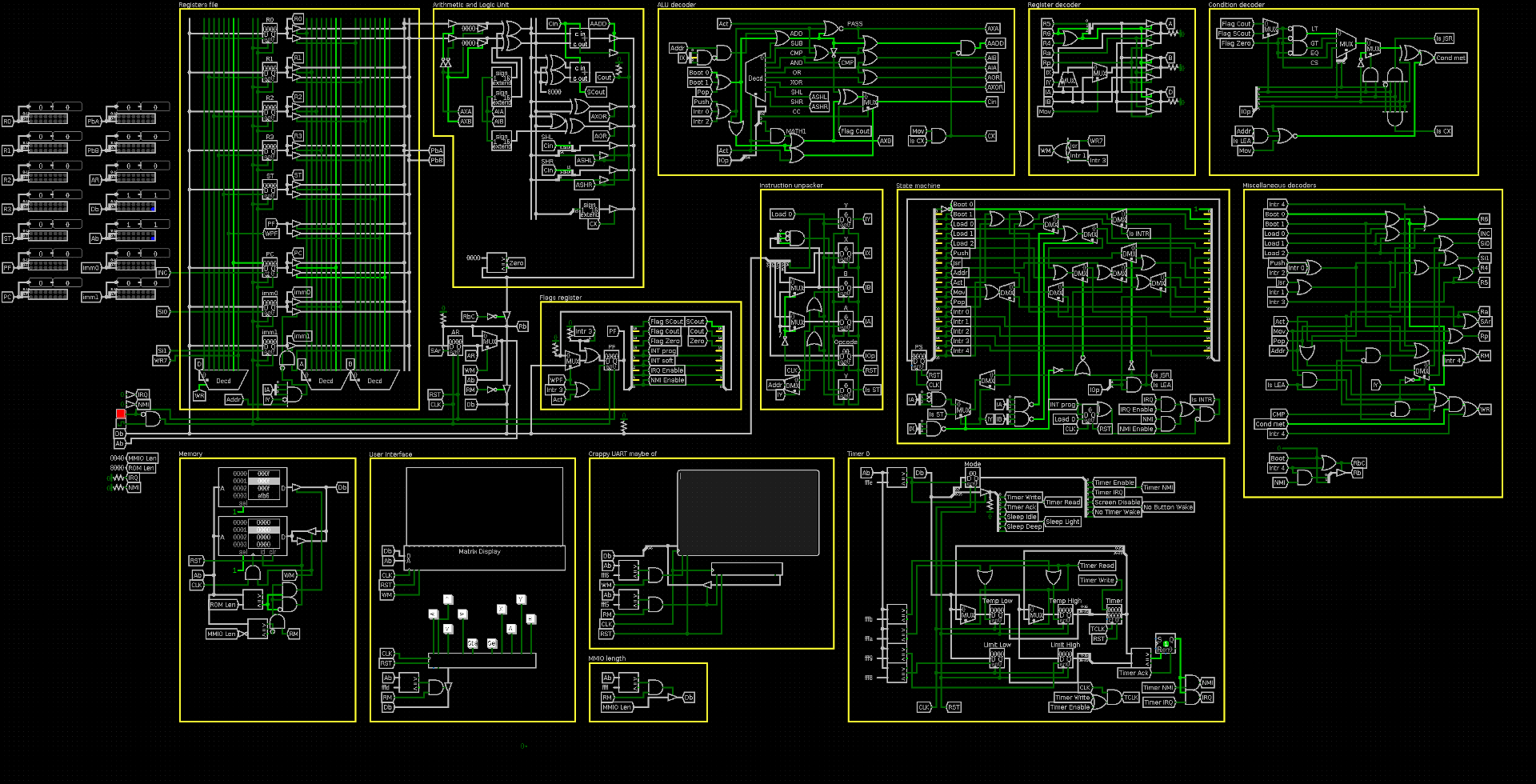 PX16 in its full glory

is my latest CPU design, incorporating every lesson I have learned. PX16 is a 16-bit RISC CPU with 4 general-purpose registers, 3 special registers and 4 instructions.

I want to (and maybe it's not practical) have more users than just myself. The original goal was to make a little gameboy-sized computer with PX16, but I'm not sure that people will want to have one. Though my goals include low-power operation and simple enough to produce on a PCB, I'm not entirely sure what else I'd use for, so any suggestions are welcome.

Being made to contain no instruction set ROM, it could theoretically reach higher clock speeds. It also has an almost 100% IPC (Instructions Per Clock) uplift compared to GR8CPU Rev3.2, so it would actually perform even better compared to my previous design.

If you'd like to receive an email when I make a blog post, you can fill out the form below.